You are here: Home › Interviewing Children about Allegations of Sexual Abuse
By Daniel H. Swerdlow-Freed, Ph.D. on December 28, 2015 in Forensic Interviewing of Children, Forensic Services

The prevalence of child sexual abuse is marked by disagreement of whether national statistics accurately reflect its incidence rates. Some experts argue that studies underestimate the true extent because all cases of sexual abuse are not reported to authorities. Other experts argue that studies overestimate the incidence rates of child sexual abuse because they include unproven claims. There are at least four difficulties preventing resolution of this controversy: First, child sexual abuse does not always produce incontrovertible physical evidence. Second, behavioral symptoms associated with sexual abuse also occur for other unrelated reasons. Third, interviews of children do not always yield indisputable results. Fourth, disclosure may be followed by recantation making it difficult to ascertain which assertion is credible. 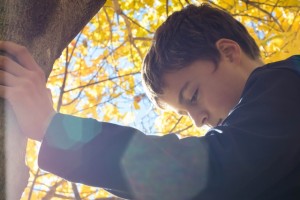 Identifying actual cases of child sexual abuse is further complicated by other factors. These include the child’s age, maturity and understanding of the events in question, the child’s understanding of anatomy and familiarity with sexual behavior, whether the abuse occurred once or multiple times, and whether the abuse was experienced as stressful.

Research has shown that children are capable of providing accurate accounts of their experiences provided that questions are stated simply, using words and concepts that are appropriate to the child’s cognitive and linguistic development. Interviewers should be mindful that children make idiosyncratic interpretations of terms that are well known to adults. For example, children do not necessarily classify clothes the same way as adults. Thus, a child wearing pajamas at the time he was sexually abused might answer “No” when asked if he was wearing clothes. However, the same child may answer “Yes,” when asked if his pajamas were taken off.

Research shows that the accuracy of children’s reports can be adversely affected by questions that are poorly phrased or suggestive. This literature indicates that children can be confused by questions that contain single or double negatives, complicated vocabulary, or that utilize multiple parts or embedded propositions. Because children do not necessarily realize when they misunderstand a question, they may not ask for clarification and the misunderstanding can go undetected.

Competent forensic interviews of children include two essential features. First, the interview is geared toward the developmental age of the child and its content is developed from information furnished by the child. Interviewers strive to avoid suggesting events that the child has not previously mentioned and do not suggest that a specific person was responsible for any alleged behavior. Forensic interviews that do not include this feature may taint the child’s account and produce an unreliable report.

Second, the interview should test alternative hypotheses that could explain the allegation and differentiate plausible from implausible explanations. A well conducted forensic interview seeks to clarify whether sexual abuse actually occurred or whether the alleged behavior can be accounted for by another explanation. Ideally, if it is determined that sexual abuse occurred the interview will also discover the perpetrator’s identity. Forensic interviews that do not include this feature may be viewed as biased.

A properly conducted forensic interview begins by establishing rapport with the child, explaining its purpose and ensuring that the child is ready to proceed. Accepted interview procedure involves establishing ground rules – making sure that the child knows not to guess, will tell if she does not understand a question and will correct a misstatement by the interviewer. In addition, children should demonstrate knowing the difference between a truth and a lie and should agree to tell only the truth.

Forensic interview guidelines and protocols also call for conducting a practice interview to ensure that children understand what is expected from them. Practice interview questions teach children that they will be asked open-ended questions and are expected to provide as full and complete answers as possible.

The next phase, the substantive portion of the interview, should be introduced in a neutral manner that permits the child to select the topic and direct the conversation. The least suggestive prompt should be used and should avoid suggesting that a particular individual, behavior or act is the subject of interest. A common introductory statement is: “Tell me the reason you are here today.”

Initially, it is important to permit the child to give a narrative account of the event in question and to withhold questions or comments. Free narratives can be solicited by statements such as “Tell me everything that happened, from the beginning to the end,” or “Tell me everything that happened when you and Bob were home.” Follow-up questions should be open-ended (i.e., “Tell me what happened next.”) because children respond to these with longer and more detailed answers, and some children will answer focused questions (i.e., “Did Bob touch your butt?”) even if they do not know or remember what actually transpired.

A properly conducted forensic interview builds on the free narrative by soliciting elaboration of details the child has already volunteered. Specific but non-leading questions seek elaboration of one aspect of an account (e.g., “You said Bob got into the bed with you. Tell me everything that happened when Bob got into bed with you.”), or clarify information that is contradictory (e.g., “First you said you were in the kitchen with Bob, but then you said you and Bob were downstairs. I’m confused about where you and Bob were. Can you tell me about that again?)

Closed questions include those that can be answered ‘Yes’ or ‘No,’ or provide for only a few answers. Multiple choice questions should be avoided whenever possible because some children choose only one of the options, and responses to these inquires are less accurate than answers to open-ended questions. If multiple choice questions are used it is preferable not to include the correct answer to avoid being suggestive. Thus, if an event happened in the basement, the interviewer could ask, “Did that happen in the kitchen, your bedroom or somewhere else?”

Children use language differently from adults and interpret concepts in extremely concrete terms. Thus, if you ask a child what a sentence “says,” the child may answer, “Nothing, paper can’t talk.” Young children, especially preschoolers, tend to answer questions even if they have no knowledge of the subject. Furthermore, children tend to answer “Yes” when uncertain because this answer implies cooperation and may be perceived as the desired answer, especially if it is part of a tag question (e.g., “He touched you, didn’t he?”).

When questioning children, certain practices can enhance the accuracy of their responses and reduce the likelihood that they will misunderstand or that their answers will be considered unreliable. It is important to use simple, ordinary, common words, phrased in short sentences containing a subject, verb and object.

Young children have limited or no experience with the legal system and, consequently, they do not understand the technical terms used in legal settings, such as testify, oath, deny, pursuant, notwithstanding, et cetera. When complex, unfamiliar words are embedded in complicated phrases (e.g., “Isn’t it true that you did not report that he touched you until three weeks after the last time you saw him?” or “Do you swear to tell the truth, the whole truth and nothing but the truth?”) young children get confused. Confusion during a forensic interview or while giving testimony at trial may create the appearance that a child’s report of an experienced event is invalid or unreliable when, in fact, the problem may be that a complicated question exceeded the child’s ability to understand what was being asked.

Young children do not possess complete understanding of language and, in particular, they do not consistently understand pronouns, even though they may use them correctly in their own speech. Children understand questions better when proper names are used instead of pronouns. Thus, it is better to ask, “What did Bob do?” rather than “What did he do?”, or “Who was at Sue’s house?” instead of “Who was there?”

Children are very literal in their use and interpretation of words, especially in comparison to adults, and often do not understand the relationship between a general concept (furniture) and one that is more specific (bed). Thus, a child may deny being on the furniture when an event happened, only later to report that he was sitting on the bed when he was touched. Children use and understand the word “touch” differently than adults. “Touch” is a “higher order” word that adults realize includes other forms of contact such as kissing, hugging, slapping, kicking, et cetera, but children do not share this understanding. Thus, a child may report that an adult did not “touch” him but later report that the same adult “poked” him in the butt or “hit” him on the arm.

Children also use adult-like words but may not understand their meaning. This is particularly true for concepts dealing with age, time, space, and kinship. For example, young children tend to equate age with size, so a person that is “tall” is also “old.” To a four-year-old, all adults and most children are “old,” and not taking the child’s perspective into account when evaluating this kind of information can cast doubt on their credibility.

Children learn some things by rote well before they understand the underlying concept. Thus, knowing how to count to 20 does not mean a child understands that ten is larger than six, or that a child can accurately estimate how many times an event occurred. A child may respond to an inquiry (“How many times did Joe touch you?”) with an answer (“One hundred times.”), intending to satisfy the adult questioner without regard for accuracy. Young children tend to indiscriminately use large numbers to indicate that an event occurred many times because they do not understand the relationship between the number given and the actual frequency of the event.

Similarly, the ability to recite a list (days of the week, months of the year) does not mean a child understands that Sunday is the first day of each week, that June comes after May or that Thanksgiving follows Christmas. The concept of days, weeks, months, and years develops after the ability to recite these lists, and it can be misleading to assume that a child understands a particular concept simply because he possesses its vocabulary. In other words, there is no reason to automatically assume that a preschooler is competent at spelling simply because she can recite the alphabet.

Children at different ages may or may not understand the concept underlying specific words. For example, children under six have difficulty with spatial concepts like “ahead of” and “behind” (“Was he ahead of you or behind you?”), while children younger than five do not grasp the absolutes of “never,” “always,” “any,” or “ever.” Questions such as, “Have you ever told a lie?” “Did anyone say anything to you?” or “Did he always do it that way?” require a child to make a thorough search of all relevant experiences, and are so vague they promote inconsistent answers. It is preferable to phrase the question more specifically, such as “Did someone tell you to keep a secret,” or “Did something happen at Tommy’s house?”

Obtaining accurate reports from children about their experiences require understanding of how they use language and conceptualize ideas, since cognitive and verbal skills develop as they grow. The use of unfamiliar words or complicated questions can easily create the impression that a child’s report is unreliable or lacks credibility. However, these mistakes may result from an interviewer using developmentally inappropriate words or phrases. There is considerable research that demonstrates young children are able to provide valid, consistent and accurate reports of events they experienced, provided that questions are asked in a developmentally appropriate and non-leading fashion.

Sign Up To Receive New Blog Posts In Your In-Box